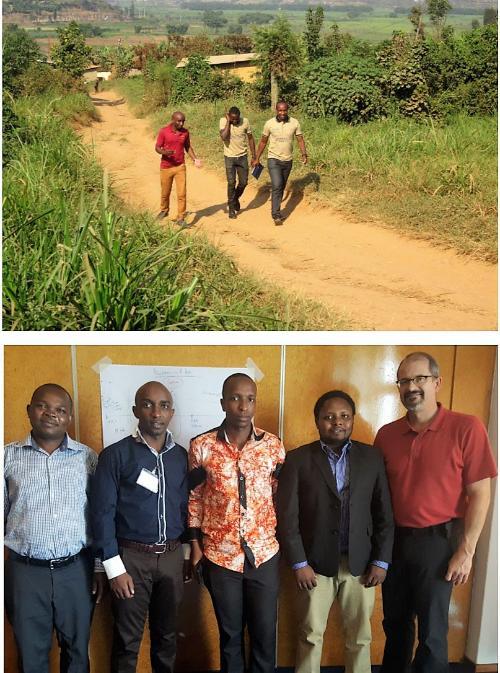 Aflatoxins and fumonisins are fungal metabolites that contaminate crops and animal feeds under favorable growth conditions. They are of importance to public and animal health as they are associated with or are causative agents of certain cancers in humans. They have a variety of negative impacts on animal health and productivity. They are also considered an economic barrier because contamination levels of aflatoxins and fumonisins in food and feedstuffs can lead to rejection of these products in international markets. The risk for aflatoxin and fumonisin contamination of crops and animal feeds has not been well established in Rwanda. However, it has significant implications for animal health and productivity, human health (as a result of direct exposure and exposure via animal source foods), and identifying and implementing mitigation and management strategies and effective regulations. The overall hypothesis of this project is that more comprehensive and current data on the incidence and severity of mycotoxin (particularly aflatoxins and fumonisins) contamination in durable crops, animal feeds, and ASF will raise awareness among stakeholders, and will inform mycotoxin mitigation and control decisions to improve food/feed safety and productivity of the Rwandan agricultural sector. As an additional benefit, Rwanda’s participation in international commodity and foodstuffs trade would increase.